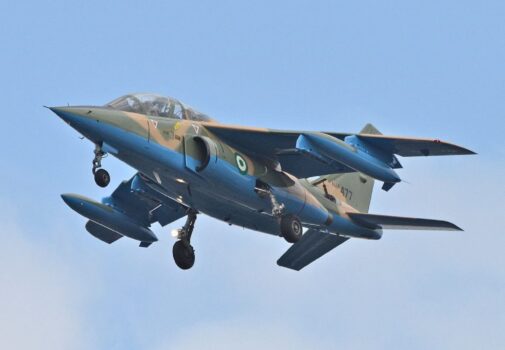 The Pilot, two crew members, and three others on board the Nigerian Air Force NAF201 a B350 aircraft have died after it crashlanded shortly after takeoff from Abuja. The aircraft was Mina, Niger State-bound before it crash-landed.

The aircraft departed Abuja at 1033UTC with six persons on board including 2 crew. According to witnesses,’ the aircraft reported engine failure at time 1039 and crashed landed on the final approach path of Abuja Runway 22 at time 1048UTC.

Fire services are already at the scene of the accident. All six persons on board reported dead.