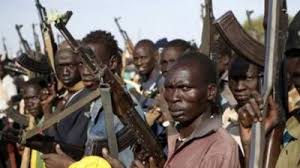 The police spokesman said the attack occurred when police mobile operatives deployed at Kurar Mota village were responding to a distress call with regards to an attempt by bandits to attack some nearby communities.

“The personnel who ran into the ambush exhibited resilience and gallantry by engaging the hoodlums, an effort that deterred the bandits from attacking the communities.

“Unfortunately, 13 personnel paid the supreme price. However, the bandits on their party suffered heavy casualties.

Shehu said a special anti-banditry operation was ongoing with a view to tracking down the assailants.

The PPRO added that the Commissioner of Police, Hussaini Rabiu while visiting the injured policemen at the hospital, reaffirmed the commitment of the command to rid the state of all bad eggs.

“Today’s unfortunate incident will not discourage the officers and men of the command from discharging their mandate of protecting lives and properties of the citizens,”

He called on law-abiding citizens to join hands with the security agencies to successfully end the menace.

Sunday Igboho arrested in the Republic of Benin