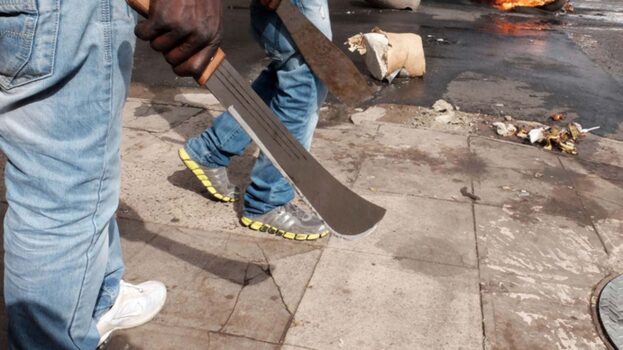 According to a witness, the shooting incidents occurred in Erepa Road, Yenezue-Gene and Agudama- Epie area.

The cultists operating in a Toyota Camry car shot Auwal Bashir, at Erepa and injured five people while they moved to Agudama- Epie, where they also shot Paul Marcus Ivinbeke dead. The Bayelsa State Police Command has appealed to residents of Yenagoa to remain calm as the Police were on top of the situation.

Rivers State Police Public Relations Officer (PPRO) Asinim Butwats, in a Statement, urged members of the public to help the Police with relevant information that would help in their investigations.
He said :

“The Bayelsa State Police Command appeals to the good people of Bayelsa State and members of the public to remain calm as the command has launched an investigation into the shooting incident at Erepa and Agudama-pie communities, in Yenagoa. Gunmen suspected to be cultists in an unmarked Toyota Camry Car shot at some residents in front of their shop at Erepa and zoomed off.

“Policemen responded swiftly and rescued five victims to the hospital. However, one Auwal Bashir, who was fatally injured died in the hospital. The other victims are responding to treatment at the Federal Medical Centre, Yenagoa.
“The suspected cultists proceeded to Agudama Epie at about 10:45 pm and shot Paul Marcus Ivinbeke, 23, in a shop. The victim was rushed to Tobis Hospital, Akenfa where he gave up the ghost.

“The Commissioner of Police Bayelsa State Command, Mr. Mike Okoli, has ordered police detectives to fish out the hoodlums who perpetrated the dastardly act and appeals to members of the public to volunteer useful information that will assist the Command in its investigation.”