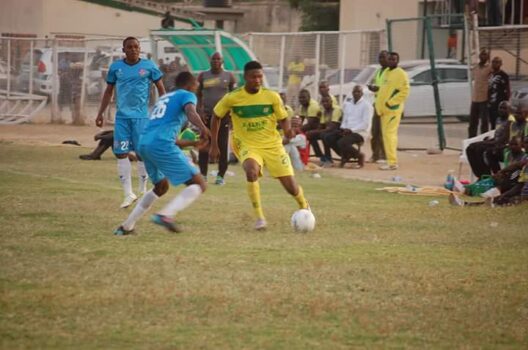 Anaekwe netted a last gasp winner to help the Solid Miners secured a hard fought victory against Akwa United at the Lafia Township stadium on Sunday.

The victory saw Bala Nikyu’s put an end to their 3-game losing run in the league.

Speaking to the press after the game, Anaekwe said that it was a good result for his side as the victory was a well deserve done.

“I feel very happy to get the winning goal today as it will help boost my morale and build my confidence back into the game.”

The influential forward added that his aim is to continue helping the team by creating goals and scoring more goals for the team.

Meanwhile, Akwa United boss, Kennedy Boboye said the defeat was difficult to take after watching his boys close to picking a valuable point.

Ndifreke’s seventh goal of the season put the Promise Keepers in a good position to leave Lafia with a point, before Anaekwe netted the winner for the his side.

The former Plateau United gaffer said his wards lost concentration when it matters most.

“We did very well, let me say we lost concentration towards the dying minutes which led to the goal the opponents scored,” He said.