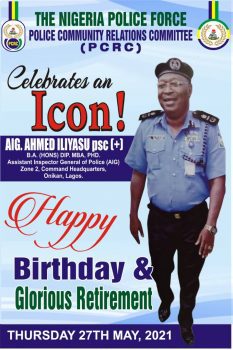 May 27, 2021, will remain indelible in the history of the Nigeria Police Force, especially the Zone 2 Command, Onikan, Lagos State, as the Assistant Inspector-General of Police (AIG) in charge of the zone, Ahmed Iliyasu, retired in style that day.

It was an afternoon of great tributes, salutes, love and encomiums for someone whose friends and police officers described as a leader with a human face.
Friends, junior and senior police officers, members of the public and private sector players, including lawyers, human rights activists, businessmen and women, non-governmental organizations and members of the Police Community Relations Committee (PCRC) were unanimous in praising Iliyasu for being a humane police boss and for his outstanding contributions to policing in the country.

With the police band playing melodious songs at the event, Iliyasu danced and celebrated with his guests as he expressed his gratitude to the Government for giving him the opportunity to contribute his quota and everyone who supported him in his police career.
In his tribute to Iliyasu, security expert and chairman of the PCRC, Victoria Island, Lagos, Mr Matthew Ibadin, urged other policemen to emulate Iliyasu, as he prayed for the AIG to enjoy his retirement in sound health and prosperity.

He said: “The first time I met AIG Iliyasu, he came to a PCRC meeting. I was shocked when he gave us N50,0000. He was smiling and this made me wonder whether he was a policeman. He is very humble and accommodating. I pray for him to continue to excel in all his future endeavours

The national secretary for the Committee for the Defence of Human Rights (CDHR), Comrade Folarin Olayinka, revealed that Iliyasu stopped the bastardisation of transfer of criminal cases from state commands, area commands or divisions to the zone, which often led to a miscarriage of justice in a show of power.

“The trend, if AIG Iliyasu had not stopped it, had reached a dangerous point where people were afraid of criminals. A complainant could easily be turned into a suspect and people no longer went to the police to report matters because of fear of corrupt transfer of cases, which they felt could rob them of their right to secure justice at the end of the day. In Zone 2 Command, the situation had been that corrupt people in Ogun and Lagos states, who were suspects in criminal cases, came to Zone 2, Onikan, to upturn cases in their favour to the point that suspects ended up becoming complainants but AIG Iliyasu stopped the trend within a few days of assuming office, thereby restoring the confidence the public had in the zonal headquarters, Onikan.”

He, however, charged Iliyasu, saying,

“Now that you are retired and no longer in police uniform, you can exercise your right to advocate for the welfare of police officers as serving police officers are not given such right of advocacy.”

Ahmed Saleh, a Lebanese importer and exporter, described Iliyasu as a friendly officer who answered call anytime, no matter the inconvenience it would cause him, adding that he embodied the slogan that policeman is your friend.
A chief customary court registrar from Ogun State described him as a problem-solver, while retired Deputy Inspector-General of Police Suaibu Gambo described him as an officer among officers, who retired in good health. 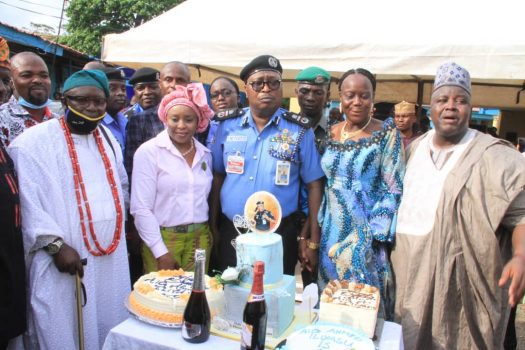 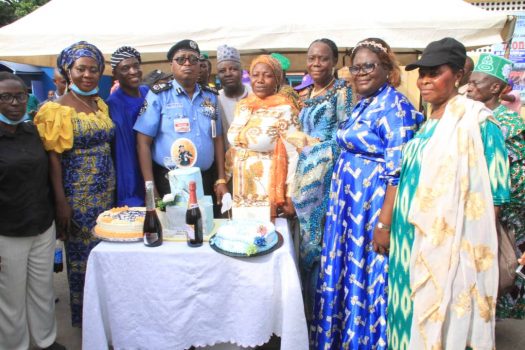 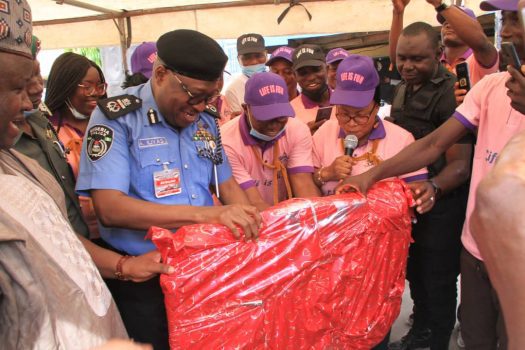 On his part, the head of the monitoring unit of the zone, CSP Uba Adams, said Iliyasu would be sorely missed but his legacies would remain indelible and continue to speak loud: “Our consolation is that we know that, for every beginning, there must be an ending. He started well and he ended in the force very well without blemish or scandals. I have worked closely with him in Kano, Ogun and Lagos states, so there is nothing I don’t know about him. The seven years I served under him was not a waste. He taught us so many things: discipline, dedication to duty, respect for human rights and community policing. He is the epitome of knowledge and wisdom. So, we refer to him as The Encyclopedia. In fact, he is a father and a teacher.

“He is an experienced officer who knows all the intricacies of policing, operations and community policing. I feel very bad that this kind of personality would be allowed to leave the force. That is why I am advising the government not to allow the brain to be wasted. He should be consulted as he has many things to offer. He is an enigma, but very humble and he treats everyone equally.

“He will not only be missed by the force but also by Nigerians who ran to his office for succour when they were being oppressed. Anyway, we are not going to disappoint him, as we will are going to act as he moulded us. We will be bold to speak the truth and fight injustice and tell it to their faces, no matter who they are. That is Iliyasu, he tells it the way it is and would never compromise, no matter what you entice him with. Like him or hate him, he is a man of honour and integrity.

“You can see the calibre of personalities that came to grace the occasion, even though that he frowns at this kind of celebration, people came here and forced us to celebrate his birthday, which is also his retirement day. You know he is marking two things, his birthday and retirement. He is not retiring because he has completed the compulsory 35 years in the service but because of age. We wish him well.”

Deputy Commissioner of Police in charge of State Criminal Investigation and Intelligence Department (SCIID), Panti, Lagos State Police Command, Mr Adegoke Fayode, who came with his team to honour Iliyasu, described the outgoing police boss as a man who policed with the fear of God and a human face, yet was very tactical and brutal to criminals.
“I have worked with him as area commander while he was a commissioner of police in charge of Ogun State. I was also his DCP, administration, in Zone 2, before I was transferred to head SCIID. I learnt dedication to duty; professionalism, respect for human rights and love from him. I learnt to always be on top of everything because he is always on top of situations. He taught us to be courageous and not to look down on people. I think he will not have problems retiring to the civil populace because he believed in and practised community policing. I thank God that he has retired meritoriously, but, if not because of age, he would still be in the force. We would have loved him to continue. I know that the government will still require his services.”

The guests prayed to God to give the zone another AIG like Iliyasu.
In his response, Iliyasu said,

“I thank you all for coming. Challenges make us stronger in life, but what is most important is the impact one made on the people when he had the opportunity in this journey of life.”

At the end of the event, different groups jostled to take photographs with Iliyasu and present him with gifts.