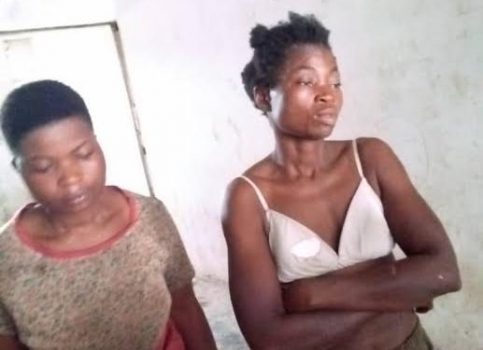 A domestic disagreement between a man and his wife, yesterday, ended in the tragic death of the man identified as Oluchi.

An enraged sibling of the estranged wife was said to have stabbed the deceased, said to be in his 50s, with a kitchen knife.

Trouble was said to have started when the couple had a quarrel over a yet to be known issue, which degenerated into a fight.

Reliable community sources said the wife quickly invited her siblings, crying out loud on the phone that her husband wanted to kill.

“The siblings rushed to the scene, and in the course of engaging Oluchi in a physical fight, one of the siblings reached out for a kitchen knife and stabbed the man.

“The man fell down wreathing in pain before neighbours arrived at the scene to rush him to the hospital where he gave up the ghost,” a source said.

The source added that the police were invited to take the woman (bereaved wife) to the outpost at the nearby Ndemili community.

“It is confirmed but I don’t have details yet. The Divisional Police Officer (DPO) of Kwale Division has already detailed his men to investigate the incident,” Edafe said.