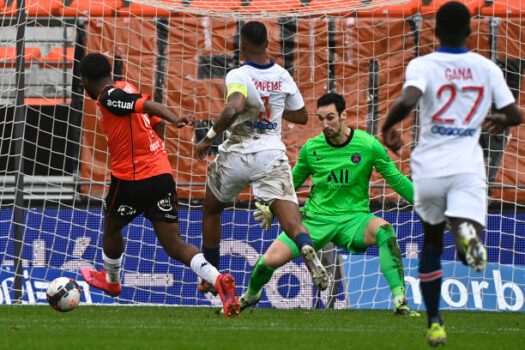 Moffi made headlines last weekend, when he scored the winner for the relegation battlers against champions PSG on Saturday.

The Forward has now scored in five goals consecutive matches for the club and he’s the first Lorient player to achieve the feat in the history of French Ligue un.

When quizzed on his international future, he said it will be an honour to don the green and white color of Nigeria.

“But if the opportunity arises, I would be extremely happy to represent my country.

“I grew up watching Jay-Jay Okocha, Obafemi Martins, Nwankwo Kanu, then Victor Osimhen play. I watch Osimhen play a lot, we played together (in the Golden Eaglets), he’s a real example,” he said.