° He’s the one, police insist 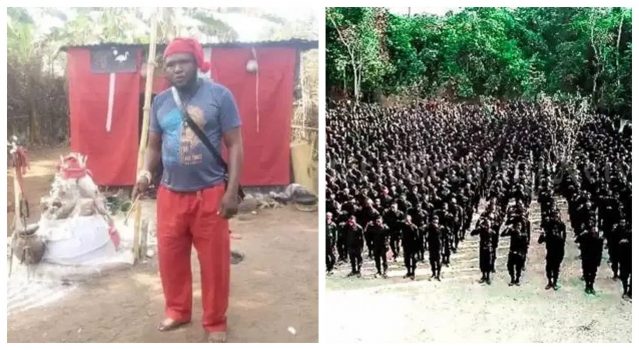 The Indigenous People of Biafra(IPOB) has denied the late Joseph Uka Nnachi (aka Dragon)as one of the members of its security outfit, Eastern Security Network(ESN).

The police claim on Sunday that Dragon was killed alongside five of his other deadly gang in a shootout at Works layout, Owerri while attempting to attack the State police Headquarters a second time.

In a statement by the Spokesman of IPOB, Emma Powerful did not only deny Dragon who was said to be the commander of ESN before his death but also mocked the police, claiming that they were seeking praises from the public.

He assured that IPOB was still intact despite what he described as lies told by the security forces.

“You must understand that anybody can claim that they are ESN, soldiers and police are liers because they want to attract praises from the public, Nigerian Army and police can never subdue IPOB and ESN. We don’t know who that person is.

“IPOB is intact and nothing can change our resolve to restore Biafra freedom from Nigeria, Fulani soldiers can not stop us.”

However, Imo State Police Public Relations Officer PPRO SP Bala Elkana, in a swift reaction said: “Dragon was captured alive,he confessed during interview with journalists, it was his confession that gave us the lid to burst their camp at Akabo where they held a female police Sergeant captive. We rescued her from them.

Meanwhile, a source disclosed to our correspondent that during the operation that killed Dragon, over 10 houses belonging to the ESN operatives were burnt by the security operatives at Amii Akabo, Ikeduru Local Government Area of the State. But the police have denied knowledge of the action.

A source revealed that Dragon, a native of Ebonyi State led his gang in the destructions and killings of several security operatives in the State.