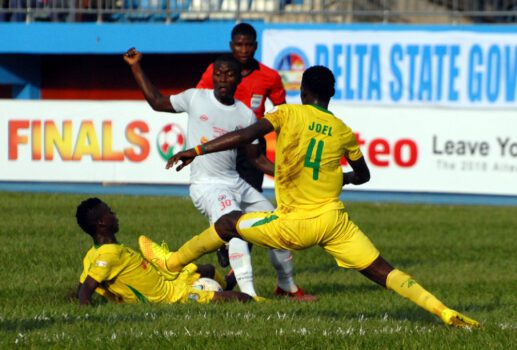 Kano Pillars will be without defender, Abdullahi Musa for two weeks due to injury.

Musa’s injury was confirmed, Tuesday, in a statement on the Pillars’ website.

The player picked up the injury while in action against Akwa United on Saturday and medical examination confirmed he will be sidelined for at least 14 days.

The former Wikki Tourists defender was also admitted in hospital at Uyo for one day due to malaria but he is fast recovering.

The center half will now sit out of Kano Pillars Wednesday clash with strugglers Jigawa Golden.