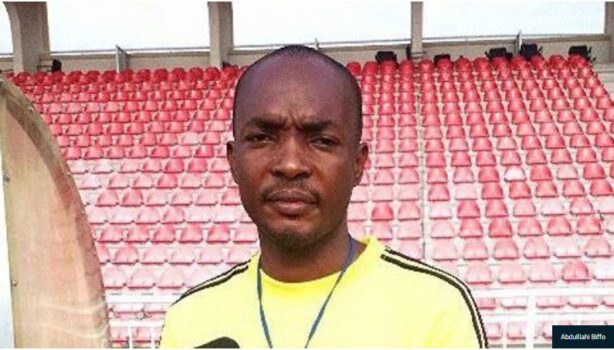 Kwara United boss Abdullahi Biffo says he is satisfied with the level officiating so far in the NPFL.

After match week 5 in the league, Kwara United have the third best record away record among teams that have played more than two games this season.

The Harmony Boys have picked four points on the road, including a victory over title challengers Plateau United in the opening day of the campaign.

Speaking to Cornerstonenewsng.comafter the draw against Jigawa Golden Stars in Kaduna on Sunday, Biffo said he has no complaints about the level of officiating he has witnessed in away matches this season.

“Well it is what all of us have been clamoring for, to see good football and good team play anywhere without any problem.

“If the officiating continues this way Nigeria will have a league to be proud at the end of the season.

“So far, so good the officials have tried and we will keep supporting them to improve by making their job easier,” the Coach said.