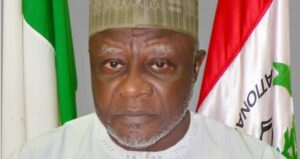 The Concerned officers of the National Drug Law Enforcement Agency (NDLEA) have commended President Buhari for his swift intervention in sacking Col. Muhammad Mustapha Abdallah rtd following his dismal performance in the last five years. In a letter dated Thursday, January 7, 2021, and signed by the Secretary to the Federal Government, Boss Mustapha, Abdallah was mandated to handover to the Secretary of the Agency on or before January 10, 2021.

Sequel to the receipt of the handover letter, the embattled outgoing Chairman, immediately ordered that letters be hurriedly dispatched to candidates who applied for NDLEA job to report to the NDLEA Academy in Jos for training on Monday, January 11, 2021. This hasty move by Abdallah, according to the officers,” is mischievous and part of efforts to cover up the reckless misappropriation of the recruitment money released to him since 2019 as well as to thwart efforts at exposing the abnormalities that characterised the scandalous exercise”.

An officer told our Reporter that most of the candidates currently being shortlisted for the eleventh-hour training did not even apply for the job and sat for the entrance examination. “This sad development did not only negates the principles of transparency but geared towards denying Nigerians equal opportunity in serving their country.

In a letter by Concerned officers, signed by
Mr. Musa Ahmed Yusuf, it stated that:”‘Mr. President sir, it stands to reason that the urgency with which Abdallah released the names of candidates only after he got a letter to handover for an exercise that he was fully mobilised financially since 2019 is bedeviled with sinister intent to advance his selfish interest to the detriment of national security.

“We hereby call for a comprehensive probe into the recruitment process beginning with the payment of sixty million naira to Em-Plug ICT firm for creating an online portal that lasted for only two weeks. The Agency ICT department offered to create the online portal for a token but was ignored by Abdallah.

“There was no publication in the newspapers for ICT firms to bid for the creation of the recruitment portal. As a result, we want the entire awards of recruitment contracts that did not follow the due process properly investigated. All successful candidates must be vetted and certified to have applied online, sat for the examination, and passed. Otherwise, a fresh exercise must be conducted under a new dispensation.

“As a paramilitary organization, seniority is sacrosanct but Abdallah has completely distorted the seniority list. Abdallah failed to conduct harmonization and proper placement of officers rather, he promoted juniors who are sycophants over their seniors who dare to tell him the truth. This has to be corrected to restore discipline in the Agency.

“There are many vacancies in command appointments that Abdallah refused to fill due to his administrative inaction. Every command ought to have a Commander and two assistants but over half of the command formations are having vacancies that Abdallah refused to fill. Again, many of the commanders have overstayed in a beat to the extent that their productivity is declining by the day yet he sees no reason to replace them.

“It is for the above and many other shortcomings that we are calling for a probe of Abdallah and the appointment of a competent leader to lead the Agency on the path of glory. We can not afford the costly price of another wasted five years.

“Urgent steps must be taken to boost the morale of officers in reducing the escalating cases of drug trafficking and abuse in the country. This will ultimately address the growing drug challenges and improve the image of the country before our international partners”.

FK Tirana of Albania title winning coach Ndubuisi Egbo says his feat wasn’t respected by the club because he isn’t a white coach. The former

Coach of Valiant Fc, Achieve Yunds has expressed the frustration of his side not picking up all maximum points in their match week 6 fixture

Dino SC on Sunday at the Ijebu Ode Stadium thrashed bottom club of the League table, Imperial Fc 7-0 in match week 7 of the ongoing Creative

On Sunday, Enyimba host rivals Kano Pillars in the first meeting between the sides in the League this season and though not the dominant teams

Ahead of Sunday’s match with MFM FC Rangers international star, Ernest Governor said they ready to fight for another maximum point.   Rangers

Super Eagles defender William Troost-Ekong put in a great shift for Watford in their 2-0 against Huddersfield town on Saturday.   Ekong played

William Troost-Ekong has praised the Golden Eaglets after they booked a place in the final of the WAFU B tournament in Togo on Friday, reports

Ike Igbo is having a breakout year in the Belgian Pro League with Cercle Brugge where he is on a season-long loan from Chelsea. On his fifth loan

Salisu Yusuf not worried about Rangers lack of goals