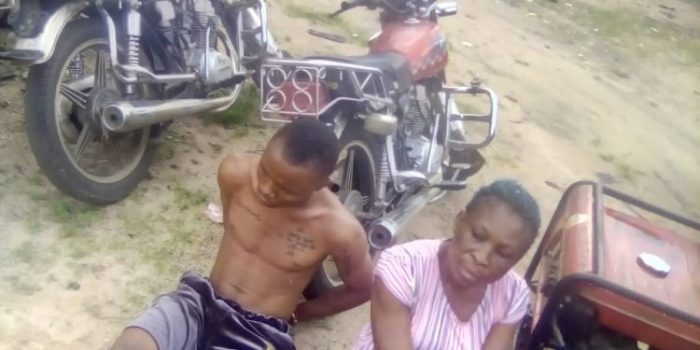 Edafe said the suspects were screened and those found wanting were charged to court.

He said 50 operators had their motorcycles (Okada) impounded for allegedly contravening an existing order banning the use of motorcycles in parts of the state.

Besides, 80 tricycles (Keke) operators who also violated the state government directive to stop working after 10 pm were also impounded, according to him.

Meanwhile, Edafe said operatives recovered one locally-made cut-to-size single barrel gun, one battle axe, one techno phone, and 20 wraps of weeds suspected to be Indian hemp, and other hard drugs, in an abandoned tricycle behind the NTA, Asaba.

He explained that occupants of the tricycle with registration number ASB 144 WZ jumped out of it and fled into the bush on sighting a police patrol team.

Edafe also said the command arrested a suspected motorcycle snatcher, Boytie Samuel, 21, around the Oghara area of the state.

“Manhunt for the other members of the gang is ongoing,”

OPEN LETTER TO THE PRESIDENT AND COMMANDER-IN-CHIEF OF THE ARMED FORCES OF THE FEDERAL REPUBLIC OF NIGERIA, HIS EXCELLENCY, MOHAMMADU BUHARI,