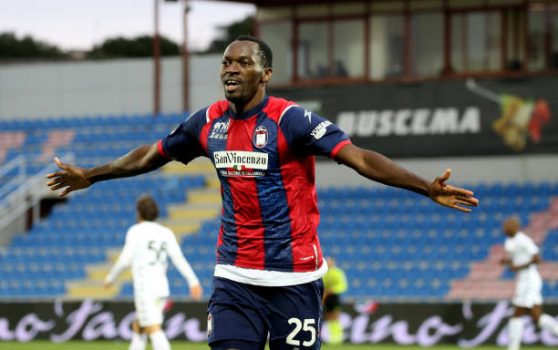 Forward Simy Nwankwo scored a brace and gabbed an assist in FC Crotone’s 4-1 victory against Benevento as the former continue their push towards relegation survival.

Simy netted in the 29th and 54th minutes for his fifth and sixth goals of the season after a four-game goal drought.

The 28 year-old year has endured a slow burst to his side’s return to the top flight of Italian football.

He was man of the match against Benevento with 3 shots, 2 Tackles attempted, 4 Aerial duels and an 8.8 rating according to whoscored.

However, it has been a difficult campaign for Giovanni Stroppa’s side and have picked just 12 points in 18 matches.

Sunday’s victory was the first for Crotone in four matches and could be one win from safety by the end of gameday 18.