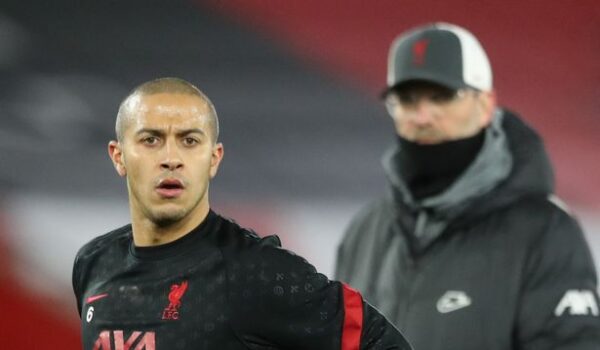 Liverpool legend John Barnes says Thiago Alcantara is to blame for the Premier League champion’s recent goal drought because he slows down the game too much. Barnes praised what he saw from Alcantara in the Reds’ goalless draw against Manchester United, saying he “ran the game”. But Barnes believes Thiago’s build-up play is a little too slow for […]