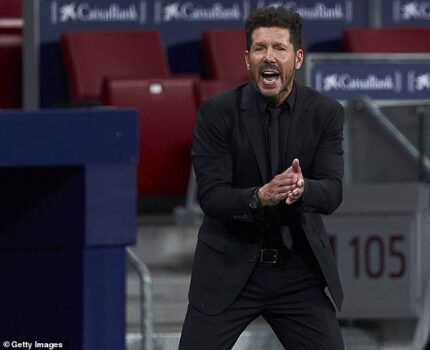 Atletico Madrid manager Diego Simeone has seen off competition from the likes of Pep Guardiola, Zinedine Zidane and Jose Mourinho to be declared Coach of the Decade. The award was given to Simeone by the International Federation of Football History and Statistics (IFFHS), after the numbers had been crunched on his last 10 years in the Spanish capital. Despite winning just one […]

The post Simeone Voted Coach Of The Decade Ahead Of Zidane, Guardiola, Mourinho  appeared first on Cornerstone News Nigeria.